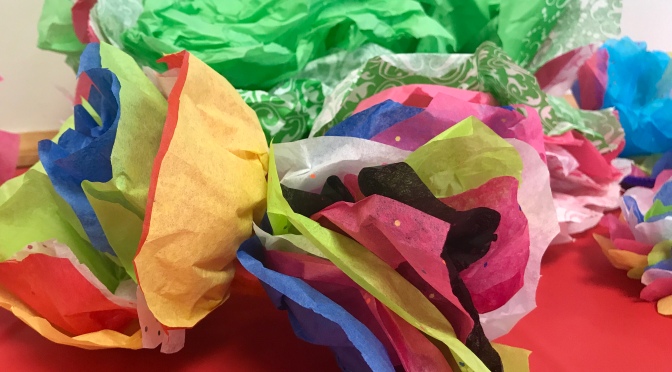 The Spanish Club on the Ammerman Campus held a Cinco de Mayo celebration in the Eaton’s Neck room on May 7. Festivities included a presentation on Mexico’s history, Hispanic cuisine and a live mariachi band. Faculty advisors Kristin Peters and Cathy Garcia-Hill coordinated the event. 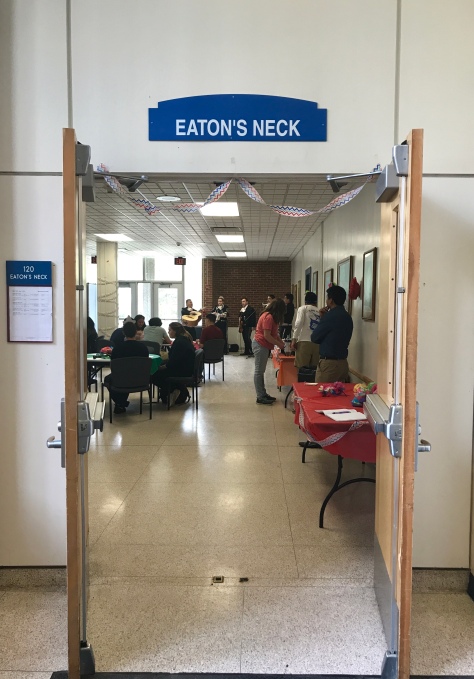 Kristin Peters, left, and Cathy Garcia-Hill are Spanish instructors as well as the faculty advisors for the Spanish Club.

A common misconception is that Cinco de Mayo is Mexico’s Independence Day. In fact, Cinco de Mayo is actually celebrated to honor Mexico’s victory over France at the Battle of Puebla during the French-Mexican War (1861-1867). 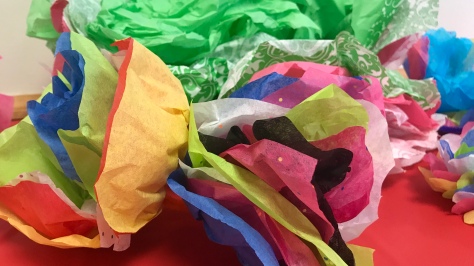 An arrangement of tissue paper flowers were on the front table so the girls can wear them in their hair. Sombreros were also available for the gentlemen. 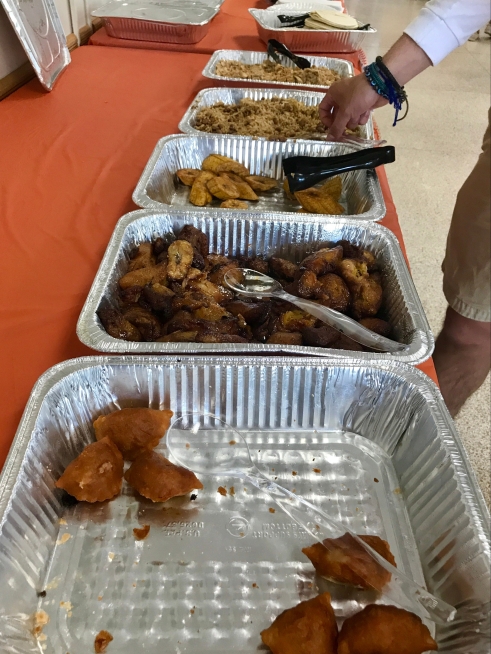 An assortment of traditional Hispanic cuisine was available, including empanadas, fried plantains and rice with beans. 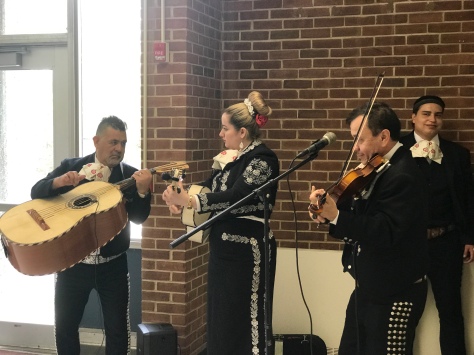 The live mariachi band livened up the room with traditional Mexican music. They also took song requests from guests.

SCCC students Alicia, and Nick enjoyed the festivities with some empanadas and a complementary Cinco de Mayo-themed word search game.

Fun fact: More than 81 million avocados are consumed on Cinco de Mayo every year in the United States alone.

Suffolk Sentinel reporter Mike Guido got to experience the fiesta as well. Check out his audio piece of the event below.

All photos by Paula Schultz